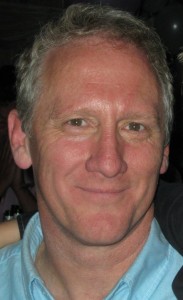 Gordon Lye is our Head Coach and owner of Barracuda Swimming,Gordon has been teaching swimming for over 10 years and is an ASA Level 2 qualified Teacher and Level 3 Coach. As well as teaching with Barracuda Swimming, Gordon is a volunteer coach with Bath Dolphin Swimming Club and City of Bristol Aquatics, he is also the swimming teacher at Saltford Primary School and Prior Park College.

Kathy is the Swim School Coordinator, she keeps Barracuda Swimming running smoothly and deals with enquiries, bookings etc. Please contact her at our e-mail address barracudaswimming.bath@gmail.com if you have any questions or would like to enquire on lesson availability.

Our teachers and helpers

We have a range of teachers qualified to the ASA standards of Level 1 and 2 Teaching and Coaching. Many of our teachers have been with us from the start and also volunteer atBath Dolphin Swimming Club.

We also have our very valuable in-pool helpers who assist in the lessons and particularly help in the younger classes. They are an invaluable extra pair of hands, giving confidence and encouragement to the swimmers in the water. This keeps the staff to swimmer ratio in the beginner classes very low and enables the swimmers to keep moving throughout the lesson.Many of our in-pool swimmers are competitive swimmers themselves and have many years experience of swimming technique. They bring their already extensive knowledge of swimming to the classes, most go on to qualify as teachers themselves. Meet some of them below! 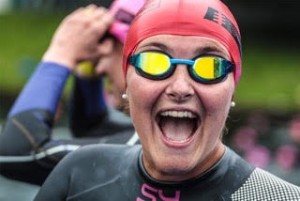 After volunteering at local swimming clubs since the age of 12, Charlotte gained her teaching qualification there years ago and began teaching at Barracuda in September 2014.

Charlotte also works abroad during school holidays in Mallorca, where she teaches and coaches both children and adults, ranging from beginners to aspiring international athletes. 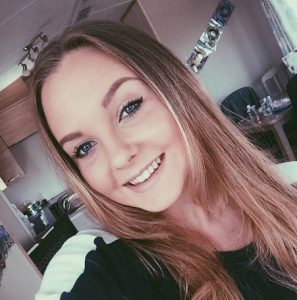 Millie was a member of Bath Dolphin Swimming Club and finished competitive swimming in 2016. She started work with Barracuda Swimming as an in-pool helper and has since gained her Level 1 and Level 2 ASA Teaching Aquatics qualifications. She has been teaching with Barracuda Swim School since 2014.

Mille really loves teaching children and hopes for a future career in that field. She has a lovely bubbly personality and can usually get even the most reluctant child in to the pool, she is very popular with the younger children. 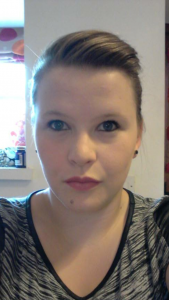 Chloe has been teaching with Barracuda Swim School since 2010.

Swimming Club and still works as a volunteer teacher for the club. 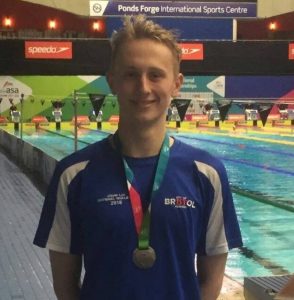 Jasper is Kathy & Gordon’s son and has been working for Barracuda Swimming since 2013.

Jasper is a keen and talented swimmer and a breaststroke specialist. He has been a member of Bath Dolphin Swimming Club since he was 7 years-old and started training with City of Bristol Aquatics Performance Squad in 2014. He competes in the British Championships and in 2016 won a Silver Medal in the 200m breaststroke at the English Nationals. He swam for England South West in Zagreb, Croatia in 2017 getting a gold medal in the 200m breaststroke and will be representing England in Marseilles this year.

Jasper works as an in-pool helper with Barracuda Swimming and is also a qualified ASA Level 1 teacher. Jasper loves working with youngsters just learning to swim, but he also enjoys working alongside Gordon teaching technique to our stronger swimmers. 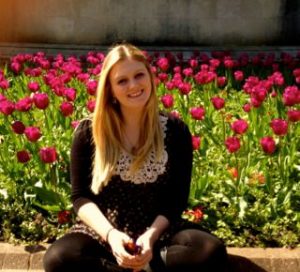 Louise has been teaching swimming since the age of 16 and is qualified at ASA level 2 swimming teacher and ASA level 1 swimming coach.  She swam competitively for the City of Newport Swimming Club where she swam in the Welsh Nationals.  Whilst coaching and teaching in Newport she gained awards from Newport Sport Council for young club person of the year and young coach of the year from British Triathlon.

In 2007 she completed a Sports Performance degree from the University of Bath where she gained great experiences working for Team Bath and teaching swimming from parent and baby, learn to swim, talent identification, triathlon and adult lessons. Since leaving Team Bath she has been working for Barracuda Swim School since 2010.

Today Louise works full time as a primary school teacher in a local school in Bath since returning to study a PGCE in Early Years.  Swimming is still a huge passion of hers and she also runs swimming lessons at her school.  Louise loves watching children develop the confidence when learning new skills.

Please get in touch by email at info@barracudaswimming.co.uk